As Mother’s Day approaches, I wanted to do something special to honor the most important women in our lives.  Knowing the role that my own mom played in shaping my culinary identity, I wanted to ask some friends about their mothers. You may know Nicole Miller as a fashion superstar and Jill Zarin as a reality goddess from Bravo’s Real Housewives of New York City. Like me, they have maternal ties to the kitchen. I’m so honored that they shared their precious memories with me. 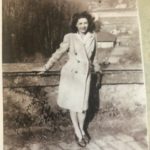 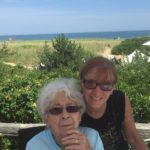 Nicole’s parents met at the end of World War II, in France. Luckily, when the war ended their love did not. Nicole’s father moved to Paris to win her mother over, which he did. Once married, they moved to the US when her mother was about 26. Being the late 1940s, it was rather difficult for her to find any of the foods she grew up with in France. So, she began to cook those dishes herself. Nicole’s memories of her mom’s cooking are the very classic French dishes; a rich Beef Bourguignon, slow-cooking Coq au Vin, and her favorite was a Lamb Stew made using lamb ribs and white beans. But the icing on the cake, was actually the pie. Her mother loved to bake a great pie—starting with her own crust, which was always a little salty to balance out the sweet filling. Nicole’s mother can no longer make these dishes for her, but Nicole continues to try recreating them. Her spirit lives on, even if the dishes are never quite the same. 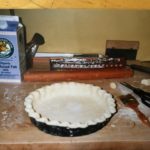 It all starts with the right crust 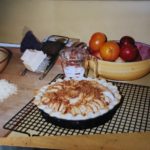 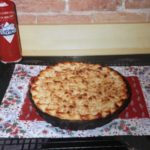 Mama Kamen in the Kitchen

Some kids are ambivalent about their mother’s cooking—as if it were just another chore. But, Jill Zarin always admired her mother, Gloria’s skill in the kitchen. Like many families at the time, Jill’s had dinner together at the same time every night. While the menu changed most nights, there were a couple of Jewish standards that made the rotation every week: London broil and Fried Chicken. In addition to Gloria’s brisket, Jill also loved her mother’s Orange Chicken, which was a dish she made using the duck sauce-like Saucy Susan condiment. The chicken would crisp up in the oven and seal in all that flavor. While Jill remembers there were always vegetables on the table, she can’t remember which ones because she never ate them herself! Jill and her Mother

Meanwhile, the vegetables are what I want to celebrate! While my mother had many exceptional recipes for meats, sweets, and everything in between, when I think of mom in the springtime, I think green. We too had family dinner every night at 5 o’clock no matter what. We also had many roasts, and plenty of fried chicken, not to mention the many cookies that graced our dessert plates. But when my mother moved to California, she would get the freshest artichokes and asparagus that became even more memorable for me than some of those heartier dishes. She didn’t have to do much to them before they were singing with the flavors of the season. To this day, I cook artichokes regularly to nourish my body and my soul to connect with those memories of her. Recipes and Memories from Mother

So, whatever you choose to do this Mother’s Day, I hope that you can create your own lasting memories for your children, or that you’re able to reflect on some of your own from your childhood. At the very least you can borrow our memories for inspiration in your own kitchen this spring.